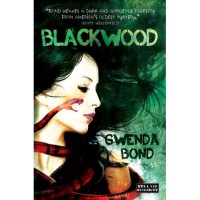 DNF at 50% Review to come0 stars as DNFWARNING CONTAINS MILD SPOILERS. CONSIDER THIS YOUR ALERT!Well, hello there once again fellow book-wormy types!Over the past few days I have been reading a YA Paranormal novel with a concept that intrigued me: “On Roanoke Island, the legend of the 114 people who mysteriously vanished from the Lost Colony hundreds of years ago is just an outdoor drama for the tourists, a story people tell. But when the island faces the sudden disappearance of 114 people now, an unlikely pair of 17-year-olds may be the only hope of bringing them back.” Now is it just me, or does that sound fucking awesome?I didn’t think it was just me. I started it actually looking forward to a ghost story in a contemporary setting playing with one of the best known mysteries in history. What happened to the Lost Colony? Unfortunately I will never find out what happened in this world, or if I do it won’t be for a fucking long time. I caved. I’m weak. I didn’t finish it. Why? Because despite the premise being astoundingly right up my alley, the writing was poor.It was contrived, it was obvious, there was little/no foreshadowing at all and the revelations I encountered were still about as subtle as being anally invaded by a red-hot poker. I knew straight away, from the moment they appeared on the page together, that there would be a romantic thing going on between the two main characters. And then Ms Bond goes and uses the most annoying and ineffectual means of progressing the romantic sub-plot (which at around 25% switched places and became the main plot for a good chunk of the book), can you guess what it is? That’s right ladies and germs… The YA Insta-love 3000 reared its ugly fucking head.Now our main character, one Miranda Blackwood, comes from a family with a… reputation shall we say? Was made a laughing stock by one Phillips Rawling, who is then sent away to a school for young hell raisers… except he wanted to be sent away. I’m not spoiling that for you but it’s not original. This then lead to Miranda being everyone’s favourite type of heroine… the paranoid outcast that thinks no one could ever like her. That’s right, it’s that painful. All of this, triggered by Phillips. Cue the Insta-love 3000 to eradicate all of the conflict that could be there and overcome to have a relationship, in a manner that is actually fucking believable. Who needs to build relationships when everyone and their mum knows that women don’t hold grudges… ever… *cue crickets chirping* Wrong place for that gag? Well in the words of Randall… Honey Badger don’t care!That’s not even my biggest problem with Blackwood. My biggest problem is that the voice of the writing is so passive that if I felt any more detached from the body of the story, I’d be in a jar next to the story’s hospital bed after my successful surgical removal. What doesn’t help matters is that the narrative, which is written in third person and as such is always more of a challenge than first, flits from perspectives. With no warning or indication that it has done so. No… Look I said NO I don’t want that red-hot poker shoved back up my arse… FUCK!Yes what I am trying to say, in my gratuitous and filthy manner, is that the flitting of the perspectives was as jarring as a car wreck. It completely kills whatever flow the previous section had built up and makes the reader, i.e. me, have to go back and re-read sections that didn’t make sense because it wasn’t clear, read: fucking known, that the POV had changed.And do you want to know the sad thing? This wasn’t even the worst book I didn’t finish this year. And I so wanted to like it. It sounded like just my cup of tea. But as it stands… The concept is there yet the execution lets it down.Archer, out!~Review also kindly hosted onCuddlebuggery by the lovely Steph and Kat and on my blog ~
Tweet