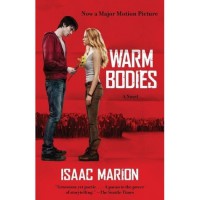 Too boring for me to personally finish. How they're gonna make a film out of this shit I do not know...Oh and allow me to add... Review to comeREVIEW TIME!Well, hello there my fellow bibliophiles!I am currently in a world of disappointment. After reading, devouring is probably a more accurate way of putting it, the master stroke of zombie fiction that is Newsflesh I decided to try another zombie novel I had been recommended by pretty much all and sundry here on GR. I went into this book with hopes of something humorous. I mean think about the way it’s sold, a paranormal romance with a zombified love interest... How can that be anything but hilarious. And in the beginning it was. There were points in it that were honestly inspired. The idea that the zombies actually experience memories when they imbibe brains, inducing an almost hallucinatory high. The fact that zombies almost have their own society too was interesting... at first. And then it all got very boring, very quickly. Having a novel written from the point of view of a shambling slowly decaying animated corpse leads to a lot of self reflection, a lot of pointless musings and a metric fuck tonne of exposition. But because of the decaying nature of the narrators brain... it fails to be entertaining. I can see that with this the author was aiming for comedy but, for possibly only me, he fell drastically short of the mark. The gags were contrived and obvious and the whole blossoming relationship between R and Julie makes me gag. Is that we are doing now, in this post Twishite world? Promoting necrophilia with shambling biters? And to be honest, I think that we said all that needed to be said on zombie love in the few final shots of the cult movie Shaun of the Dead, does anyone disagree with that?After about 10%, for me, the stagnation started to set in. I felt that the pace and the ideas slowed to match the pace of molasses on a cold morning. I mean maybe that’s just me, maybe it is an artistic approach of the thought processes of a zombie, if they think at all. And for the first 10, maybe 15% it was refreshing. But it read very much like a short story that had been padded... to hell and back again. But yeah for me this didn’t work and once again I have been let down by zombies in literature. I despair for young readers if this is the benchmark of what they are being fed as readers and what is being adapted into films. I don’t see anything redeeming in this that could be made into an entertaining film. I don’t see how anyone could read it and have their own inner monologue say to them “Y’know, this would make an awesome movie” because it won’t. I am bitterly disappointed, so much so that I am not going to touch a zombie book until I have either Kat Kennedy or Steph Sinclair ask for a horror-esque review for cuddlebuggery. I am done with YA zombies. So in closing, thank you Warm Bodies for killing my final ounces of trust and hope that a zombie book could be done for YA readers and done well. I am always delighted to be crushed that way... fucker.Happy reading,Archer
Tweet